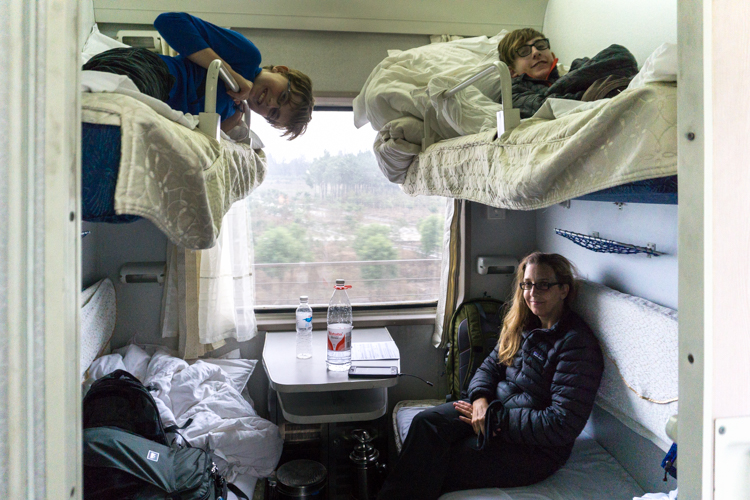 We decided to save money and travel through China by train on our around the world trip. In addition to costing less than internal flights, we replaced the hassle of airports with the adventure of train stations! In the extreme, this decision meant a transit time of 26 hours from X’ian to Gualin instead of three hours had we traveled by air (a one-and-a-half-hour flight plus one and a half hours at the Xian airport.)

There are several classes of service on overnight trains in China. The highest class of service is a “soft sleeper” which is the way to go. Each compartment has four bunks (the two lower bunks serving as seats during the day.) As a family of four this was ideal. [This is a fairly good guide and description of the options. http://www.travelchinaguide.com/china-trains/soft-sleeper.htm] The train code (K,T,Z,D reveals whether a train has a soft sleeper option.

The compartment has an insulated coffee pot and at the end of each carriage is a hot water boiler the size of an upright coffin bolted to the wall. Whenever a passenger needs hot water for tea, coffee, or noodles, they walk to the boiler at the end of the carriage with the thermos. The water coming out of these contraptions is often 50 percent steam! Any concerns about the water harboring stomach ache inducing bacteria evaporates in the billowing steam and seeing the scald marks on the floor of the train.
Every Chinese person we talked to about our train trips told us, even if we only had two or three words in common between their English and our Chinese, that the food on the trains was “not good” and “price high.” So, like every other Chinese passenger we boarded the train with bags of food. In our case, oreo cookies (easy to find in China) and popcorn tub sized containers of instant noodle soup. We survived on this combination for breakfast, lunch, and dinner.

Just before we left China we donated several tubs of noodles to fellow travelers at a youth hostel in Beijing. It will be awhile before instant noodles are appealing again. 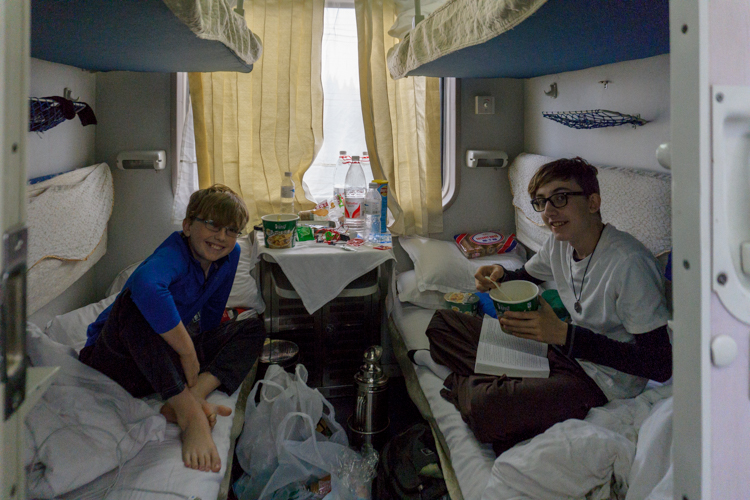 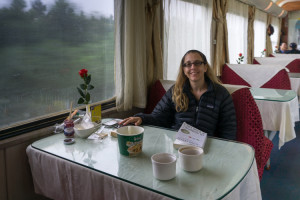 With only a few exceptions, every town we traveled through was surrounded by a ring of under construction apartment blocks. Mile after mile of multistory cinder and brick buildings, some complete but most between 25 and 80% finished. We would awaken in the morning, open the curtains and there they would be. The hollow dark holes that would (maybe) someday be apartments looking down on the passing train.
Operation “Opera No No”

As I was hauling our suitcases up to the overhead rack and the boys and Aleix were discussing bunk assignments, we were hit with a blast of militaristic Chinese music from a scratchy speaker above the window. As we settled in and waited for the train to get underway the music continued. We couldn’t understand it but the tone certainly sounded like the singer was encouraging us to be energetic and strong in pursuit of something. The sound was so scratchy that honestly I think even a fluent Chinese speaker would have had a tough time understanding the words.

This was about 7:00pm and you could see on everyone’s faces the growing concern that the music would be with us for the entirety of the 26-hour trip. Colin found the volume control and with a smile quickly turned it down to “zero.” Sadly, the knob just kept turning, after six or eight revolutions even Colin, often our optimist in these situations, had to admit it was having no effect.

Another five minutes passed and our hope that the train getting underway would stop the music hadn’t come to pass.

“Ok,” I said, “remember that cool leatherman tool we bought with the screwdriver that is TSA approved? And, that I debated buying because we probably wouldn’t use it. This is its moment. Colin, close the door, all of you face the door and get ready to stall if the conductor tries to open it.”

I dug around in the backpack and emerged with the tool. 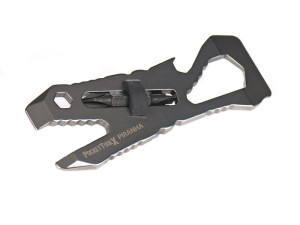 As I climbed up onto the upper bunk and positioned myself to unscrew the offending speaker, Colin coined a phrase that has become our touchstone when we are somewhere loud. He cheered, “Operation Opera No No is underway!”

It took a fair bit of effort to unscrew the speaker cover with dust and grim falling on the lower bunks and across the table. At one point we heard the conductor moving down the corridor. I scrambled to put the partially unscrewed cover back in place. For those of you who are old enough, the whole scene had its comedic qualities reminded me of the frequent scenes  in the TV show “Hogan’s Heroes” where Hogan and his crew would move quickly to block Sergeant Shultz from seeing the hidden trap door.

The conductor passed by and I went back to work. Inside was a half dozen wires but I was able to locate the poorly taped connection that was causing the static, and with a gentle tug, silenced the speaker. I screwed the cover back on and we enjoyed silence for the remaining 25 hours. Well, actually that isn’t quite true as every 20 or 30 minutes until late in the evening and starting again at 6:00 am the next morning a vendor would come down the aisle offering snacks, drinks, or trinkets at high enough volume to penetrate the compartment walls and doors. 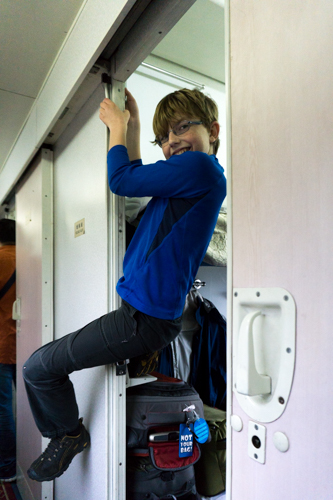 Happily married crazy father of two who loves traveling, diving, adventuring, exploring, and hanging with my family in different places all over the world.