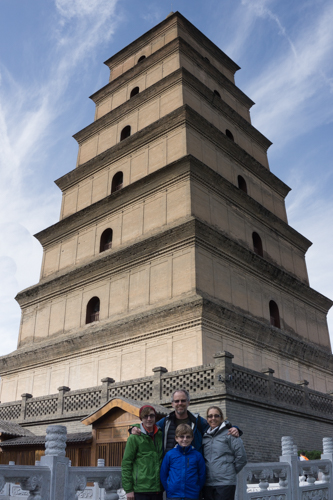 A few days ago we went to the Wild Goose Pagoda and learned about Buddhist history and their religion. On the tour we went to the different shrines and heard the monks chant. We learned that the Pagoda leaned to one side because they had an earthquake a long time ago and when they built it they made the foundation so that it could move but not fall all the way over. It was built during the Tang Dynasty. During the Tang Dynasty one of the emperors was Buddhist so the religion became very popular in China. 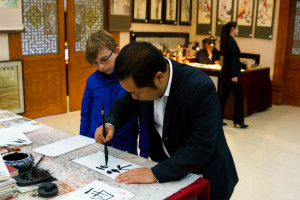 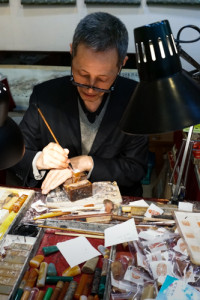 The best bit of the tour was the art gallery at the end. The guide taught us calligraphy and we got to do some, then a bamboo artist painted, guess what? Bamboo!

We got to keep that, and then we picked out chops of our zodiac animals and the master carved our English and Chinese names into them! 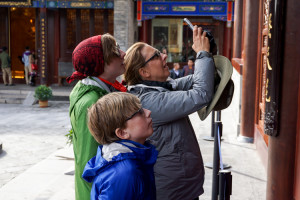 The Pagoda was full of culture and history and was amazing to see. 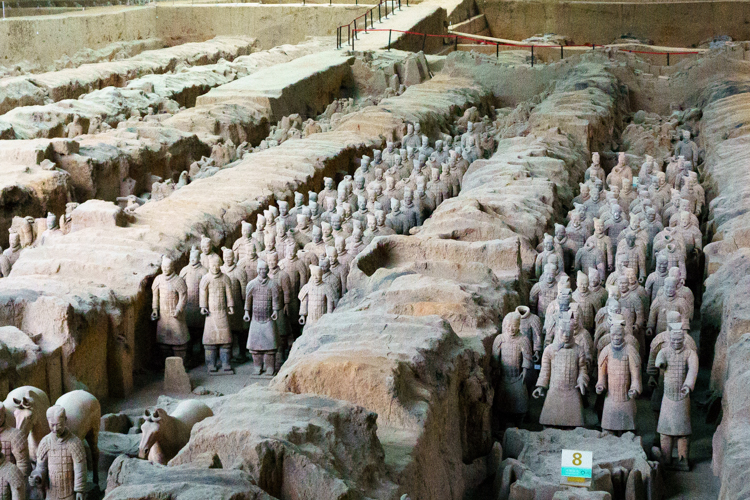 Earlier that day we saw the Terracotta Warriors. It was interesting that the  Emperor that built them built them out of fear, not ego.  He built them so he could continue to rule in the afterlife.  After the soldiers were built he buried the people who put the soldiers  there alive so no one knew where they were. He also killed the engineers who discovered chrome plating so we had to rediscover it thousands of years later. When he was 13 years old he began construction on his tomb. A few years after he died a peasant revolt rushed his tomb and stole the weapons from it and then burned and destroyed the Terracotta Warriors. The first time they were found was when a farmer was digging a well and found an arm. The other farmers told him it wasn’t important but he put the pieces he found in a wheelbarrow and took them to officials in the town. They recognized how important his find was. Many years later he stopped being a farmer and spent his days at the museum signing books. 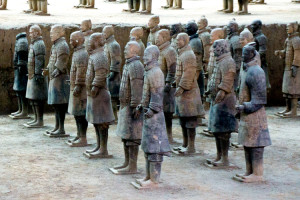 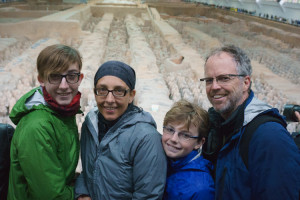 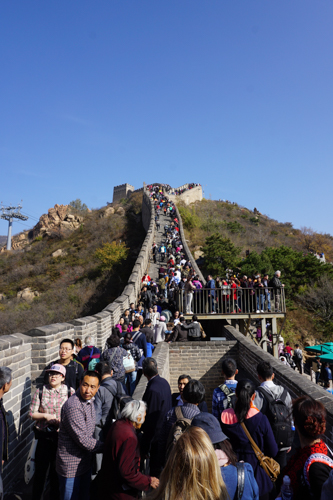 The same emperor that built the the Terra Cotta Army started the construction process of the Great Wall of China.  Qin Shi Hungdi built the wall to defend the Chinese Empire from the Mongolian Nomads of the north. The Mongals were mounted soldiers who lived off the land though when they could not they reverted to stealing, burning, and pillaging the Northern Chinese villages. The Great Wall was also known as the great, or longest, grave yard. When workers died on the job they just buried them in the wall and built around them. Once it was finished they had a special system to signal the army; one signal fire meant 50 men, two signal fires meant 100, and so on. The Great Wall took over 500 years to finish building.

The wall in it of it self is not very high but most of it is built on mountains that were steep and treacherous. The mountains provided little fast escape for the soldiers but made it nigh impossible to scale, grapple, destroy, climb or, mount ladders on.  When we went to the great wall the it was incredibly crowded even though we had requested not to go to crowded areas. When we asked the guide why we had come where she said because it was the most important part but she never told us why. The Great Wall, like the Terracotta Warriors, was built out of fear, fear of the Huns, rather than ego as many people thought it was.

Why hello there my name is Colin Hodges. I am 12 soon to be 13 year old boy who loves to dive, play soccer, swim, read and do chemistry. I study french online, and speak a little bit of Spanish and Italian. I love science, history, and some areas of math. The places I’m very excited for, are Australia, England, Scotland, France, Italy, Spain, SE Asia, and The Bahamas. Thank you for finding and reading this blog.